You are here: Home / Explore / What is a Wand? | the adult sex toy massager

What is this magical Sex Toy that everyone seems to ask for? want? or are curious about?  Massager Wands have various names but many know these Adult sex toys just as a Hitachi, which is an older brand, but that’s not the actual toy type.  With all the various toys in the world, it took me a while to muster up the nerve to give the wand a chance.  When in reality, it should have been one of the first toys out there, I should’ve bought.

while wearing legwarmers, a leotard and a headband *think FLASHDANCE* after seeing their old box haha.  With all the new and improved toys out there, I never thought I should get something that plugged into a wall, let alone had its classic looks of the basic handle and large vibrating tip.

BUT! “there is a reason people are still fascinated with dinosaurs” aaaaand, when your bestie tells you that Wands are the best thing since sliced bread AND she happens to work at an adult shop… you can’t really ignore her opinion. lol

Wand massagers are a great necessity.

Wands are great for a regular ol’ body massage and to relax one’s muscles.  This type of vibrator is a great “bedroom tool” to relax a person and a perfect pre-game build-up to explore a person’s erogenous zones. Whether it’s your back, limbs and leading to more traditional sexy-time areas. A Wand body massager’s perfect purpose is to literally vibrate a clit off! They are like the terminator of sex toys.  Wands have one mission and that is to vibrate and hit the spot for a strategic forced orgasm…almost within minutes. When you find the perfect wand, you will use it and “You’ll be back” for more.

Wands come in all shapes and sizes, with a basic look to it all.

They can be small in size to fit in the palm of your hand and then some as large as your forearm.  They all deliver various types of vibrations but it’s always good to have at least one in your arsenal of sex toys.  Just remember that they have one big mission and that means high-intensity vibrations.  There are some wands that won’t completely vibe you into numbness if it’s too intense and some that buzz just right.  It’s not for the “beginner” per se, but it might be too strong for a newbie.

Wave that wand and try it out!

Previous Post: « Come Through and Chill – Miguel feat. J. Cole, Salaam Remi
Next Post: Is sex better slow or fast, does it even matter? | Q&A » 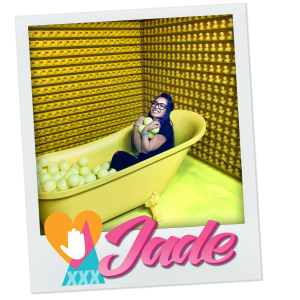 I’m just a girl that likes bunnies and unicorns. I wanted a piece of webspace to talk about sex, with a side order of cool sex toy and lube recommendations and all things related to the wonderful world of sex that nobody talks about or have a friend to talk to about pleasure products and what they are all about. Read More…

#Fedup here’s to putting it in God’s hands now

“Sleep is like the unicorn — it is rumored to